The Bed: From Straw to High Tech Smart Beds 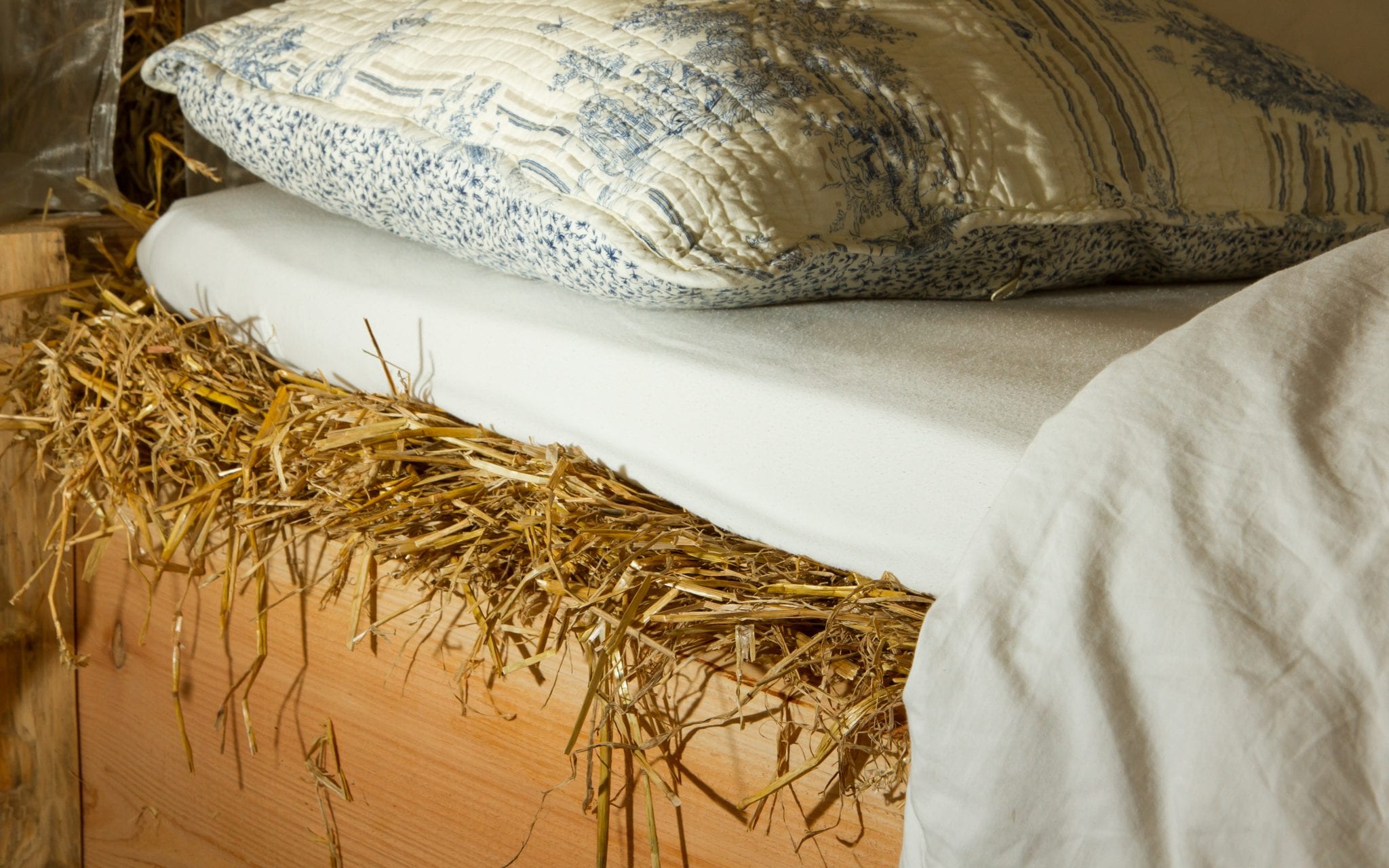 Considering we spend approximately one-third of our life in bed, what we sleep on really matters! We all know how grumpy and irritable we can feel the following day after we have had a bad night’s sleep. It makes a huge difference, doesn’t it? It can, therefore, seems crazy to think that in the past people slept on woven weeds and rushes! In this post, we are going to take a look at how beds have evolved over the years.

What was the first known bed?

There is only one place to begin, and that is with the first earliest known bed! The earliest known bed was found in a cave in South Africa that was 77,000 years old. It was made of woven rushes and weeds. You would have expected the bed to be full of bugs. However, a bundle of grass was used to line the bed and to act as an insect repellent. It seems that people slept this way for thousands and thousands of years.

One of the big differences in the evolution of the bed was when beds became elevated on legs. This happened in accordance with greater sophistication occurring across society. Tutankamun, who was the Egyptian pharaoh over 3,300 years ago, slept on a bed that was covered with a gold sheet and raised off the ground. The rest of Egypt slept on mats on the grounds. It was not until 300 years later that people were sleeping on elevated platforms. However, you may be surprised to learn that they already had mattresses as well. In Mongolia and China, people were sleeping on heated brick platforms as early as 5,000 BC.

As mentioned, mattresses have been around for thousands and thousands of years, although they’re not like the memory foam mattresses of today! In the past, mattresses were filled with grass, hay, straw, and feathers. This is how they were constructed for centuries, and as you can imagine, they weren’t very comfortable. A lot of people would use added layers of blankets or hides on top of the mattress so they would get more cushioning.

We think of nighttime as a time of privacy today. It is an intimate moment whereby we can sleep in peace. However, this was not always the case. In fact, the Greeks and Romans were not interested in privacy whatsoever. During the Middle Ages in Europe, most people would sleep together in big rooms. People of status and leaders would sleep with their followers surrounding them. In parts of Ireland, as late as the 19th century, every member of the family had an assigned position. The daughters would typically sleep nearest to the wall, as far away from the point of entry as possible. This was purely because of the risk of intruders, so it was deemed more secure for the daughters.

The “Age of the Bed”

Between the 15th and 17th centuries, people were looking for more comfort in their day-to-day life. Those who had the means were investing in partitioned rooms, chimneys, and of course, better beds. We saw beds evolve from straw pallets that were on bare floors to wooden frames that were elevated and came complete with flock mattresses, blankets, sheets, and pillows. The mattresses were filled with stray pieces of wool and rags. It was considered a necessity to make sure you did not lie too close to the ground, as it was thought that the night air would be noxious.

The invention of the coil spring bed

We have seen some significant contemporary trends when it comes to beds. Memory foam is one of the most considerable trends that have had a big impact in recent times. Memory foam has boosted the comfort of beds by a huge amount. However, they were initially developed by NASA in 1966 for the purpose of enhancing the safety of cushions in aircraft.

We have seen some other trends that have come and gone. A prime example of this is the waterbed. While they are still available for purchase today, their popularity has dwindled considerably.

Of course, some trends have stayed. The comforter and the duvet are both prime examples of two trends that have had exceptional staying power.

The future of beds

We can be sure that the future of beds is a very interesting one. In fact, we have seen the development of smart beds in recent times, which measures 8.5 billion biometric data points across the body every night, sensing movements and adjusting the firmness of the bed automatically to make sure you have the best sleep possible. It probably should not come as a surprise to learn that technology is being massively incorporated into the beds of today. It is exciting to see how beds will develop as time goes on.

Posted in All About Mattresses, Sleep Tips
As specified in our cookie policy, we use cookies and similar technologies to analyze traffic to our website to improve user experience and site performance. By visiting our website you give your consent. You can close this window and clear your cookies otherwise.
Manage consent