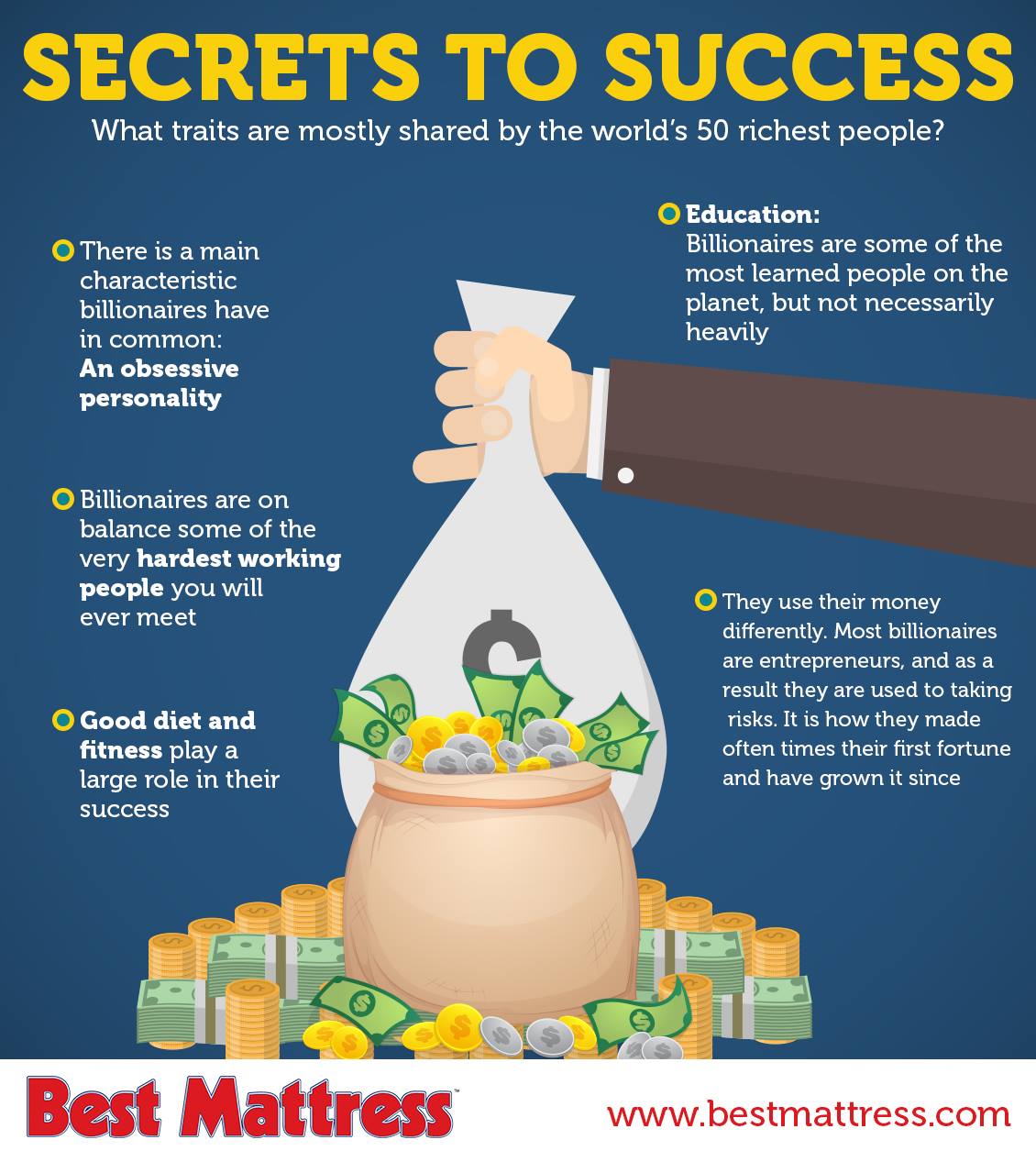 Have you ever thought, “I wish I were a lot more successful than i currently am?” You’re probably not alone! It’s somewhat shocking but 80% of adults carry some form of debt. After hearing that, it might seem somewhat contradictory but 90% of American adults now say that they define success as happiness and not power, possessions or prestige. Regardless of how you define success, there are some people that just seem to have lots of it!

Some people were born into success, others achieved it through strokes of genius or luck. There are many people however who have been neither born into it, nor achieved it through through brilliant ideas or being in the right place at the right time. These are regular people who seem to be doing all the right things. Fortunately for all of us, there are a several common threads between these people that we can all implement into our daily lives too!

It’s often difficult to define who is successful but for our purposes we will use the world’s 50 richest billionaires. Here’s 5 things that they do that you can start doing today! You might just make it to billionaire status yourself following these tenants, however, we encourage a healthy balanced lifestyle! Without balance, the happiness we all seek is very hard to find!